So many years ago before Hubby and I moved in together I had a gorgeous coffee table that my grandmother had given me. It was stained though and so I decided I was going to refinish it. 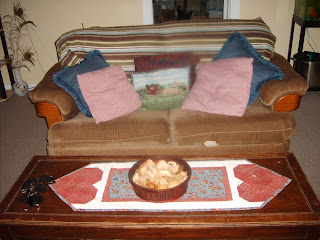 After we moved in together though we used Hubby's coffee table because it was the bigger of the two if not nearly as nice as mine. So my project was left until we many years later were moving furniture around and decided that with a baby his old cheap falling apart table was not as nice as mine. 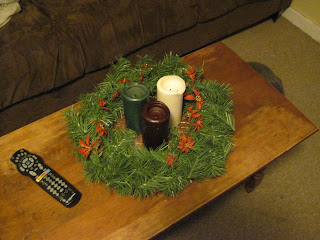 So we got rid of the old one and started using mine again. Unfortunately it was half sanded from where I had started to refinish it. So the other day Bug was yet again drawing all over the top of it with chalk. Suddenly I had an idea. Why not turn the table into a giant chalkboard? It would refinish the table, tie our livingroom together and also be a giant drawing board for our son. 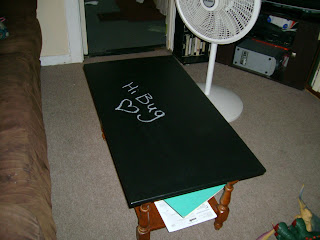 So I went to the store and bought chalkboard paint and I painted the table top. All in all it looks amazing. Both Hubby and I think it just pulls the whole room together and Bug loves it because he has this awesome new toy. 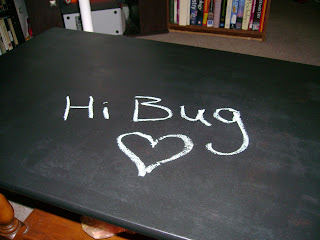 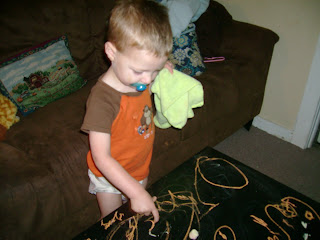