I know I haven't written much in the last few years but most of you know we finally bought our first home in the summer of 2017. Well when we first moved in this was what the front garden looked like. 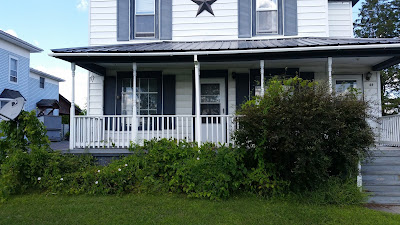 Now this may look very green and full but this was a disaster. It turns out all that green was morning glories and wild grapes and one very over grown bush. So the first thing I did was just yank it all out, cut it back, and see what would grow the next year. 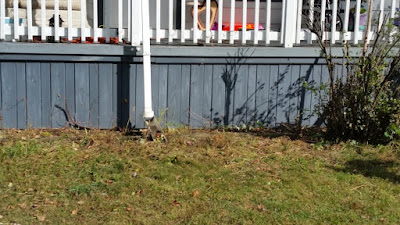 So the next spring surprisingly a rosebush appeared and so did peonies and daffodils. So I added to that gladiolas, dahlias, more peonies, tulips, etc. So by spring of 2019 it looked more like this. 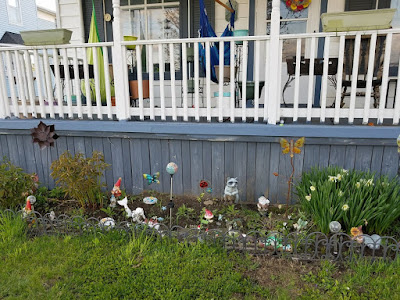 However I still hated the gross cement edging and even though I had added fencing and some ornaments and the flowers were coming in nicely, it still did not have the look I wanted and there was also the problem that by removing the drain spout that was right in the middle of my garden, the rain that would pour down would drown the middle of my garden. It just didn't look right.
which brings me to this spring.
I planted last Fall and this Spring about 20 more types of flowers both perennials and annuals, some that will bloom in April, some in May or June, some July and August. I also dug out the cinder blocks and added nice cedar edging. Most of all though I separated the 2 halves of the garden into 2 little round gardens with a decorative water feature in between. Someday I would like to turn this into an actual pond but for now it is just a bird bath fountain.
So here is the garden as it is right now. I have more edging coming in the mail to finish the one side and it's just now getting warm so not much is growing right now so I will definitely do an update post in a few weeks but here it is so far. 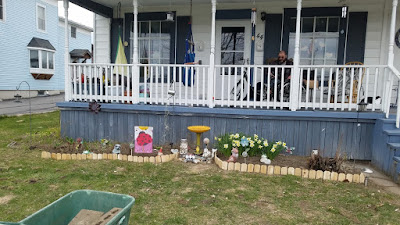 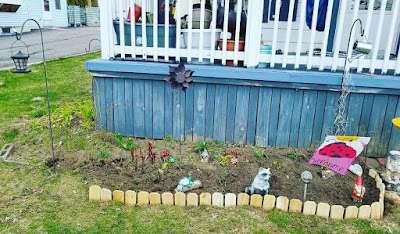 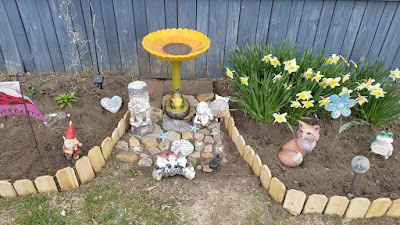 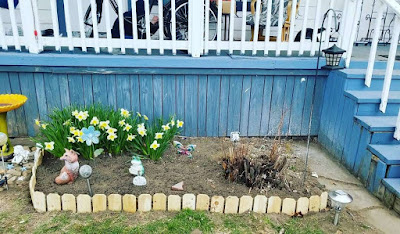 And here it is at night lit up with all the solar lights :) 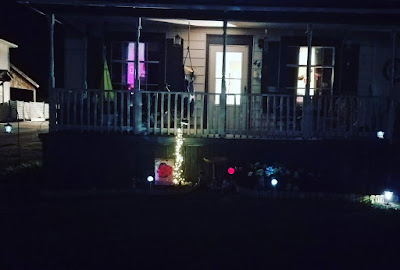 So there is my front garden story.... it has been a work in progress for 3 years and will continue to evolve I am sure.