Bug is almost 5. This means that our children are almost 5 years apart in age. That is a pretty massive age gap. It's not as big as like 7-10 years apart but for a first and second child to be just under 5 years apart is still a pretty significant age gap. This means that for 5 years we have been a threesome more than a family. For five years Bug has been a fellow traveler in this thing we have called our lives. He taught us to be parents and boy howdy did we make mistakes along the way. We were doing everything through massive research with a lot of trial and error. He did everything with us and we loved just being with him all the time.
Then on his 4th birthday we found out what he already knew and had told us weeks before hand. We were pregnant. Now for those who don't know, Bug began asking for a baby sister around his 2nd birthday. We began trying for a baby sister (or brother) around his 3rd birthday. Two devastating losses and another year later and we were pregnant again. I didn't know how to even attempt to talk to Bug about it. Would his heart be broken again? Would he ever get his baby sister?
So we decided to be open and honest with him. Let him know right from the beginning that we did not know how this would end, that we would all as a family take it one day at a time. Everyday I stayed pregnant was one day closer to his sister being born. He was over the moon, but understood that we had to take it slowly.
Then she was born, and I worried about what he would think, how would we really mesh together as a family, how would a five yr old really take to suddenly not being the only child anymore?
My son is amazing. That is all I can say. He has been better than I could have ever hoped. He loves his sister more than anything and has instantaneously become the best little helper and big brother any little girl could ever have. His immense joy and love for his little sister has just warmed our hearts and made our home even brighter. We are truly now a family. We finally were able to give him the gift he has asked for for 3 years, he is finally a big brother to the luckiest little sister ever. 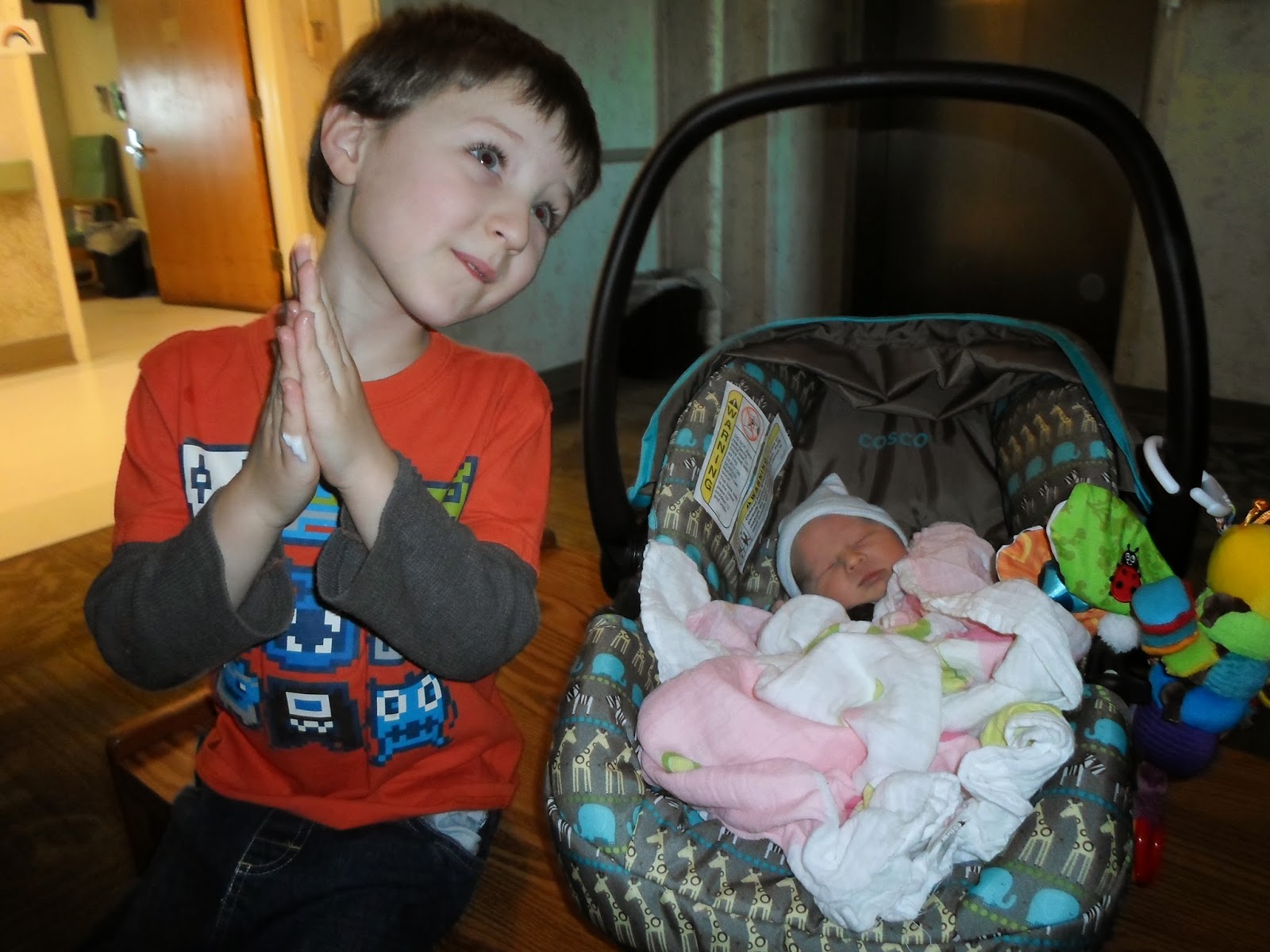 Here is Bug getting to see her for the first time in the hospital through the waiting room window. We had to hold her up to see him, since due to a flu outbreak that resulted in some nb deaths in a few NY hospitals many NY hospitals have implemented a ban on anyone under 13 visiting the maternity wards. So sadly this was how he first glimpsed his baby sister face to face. He finally got to see her when we had checked out and were first headed home. 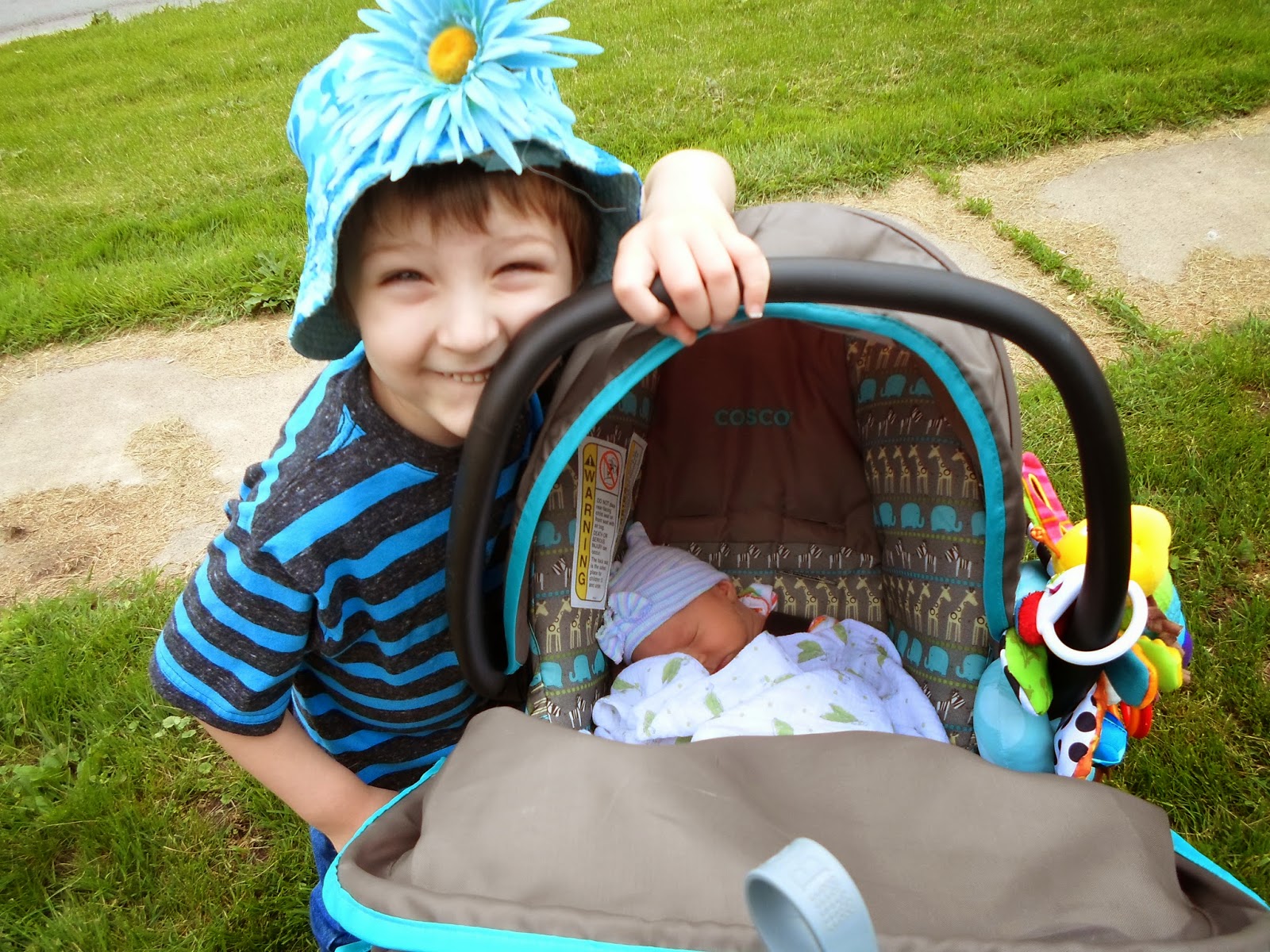 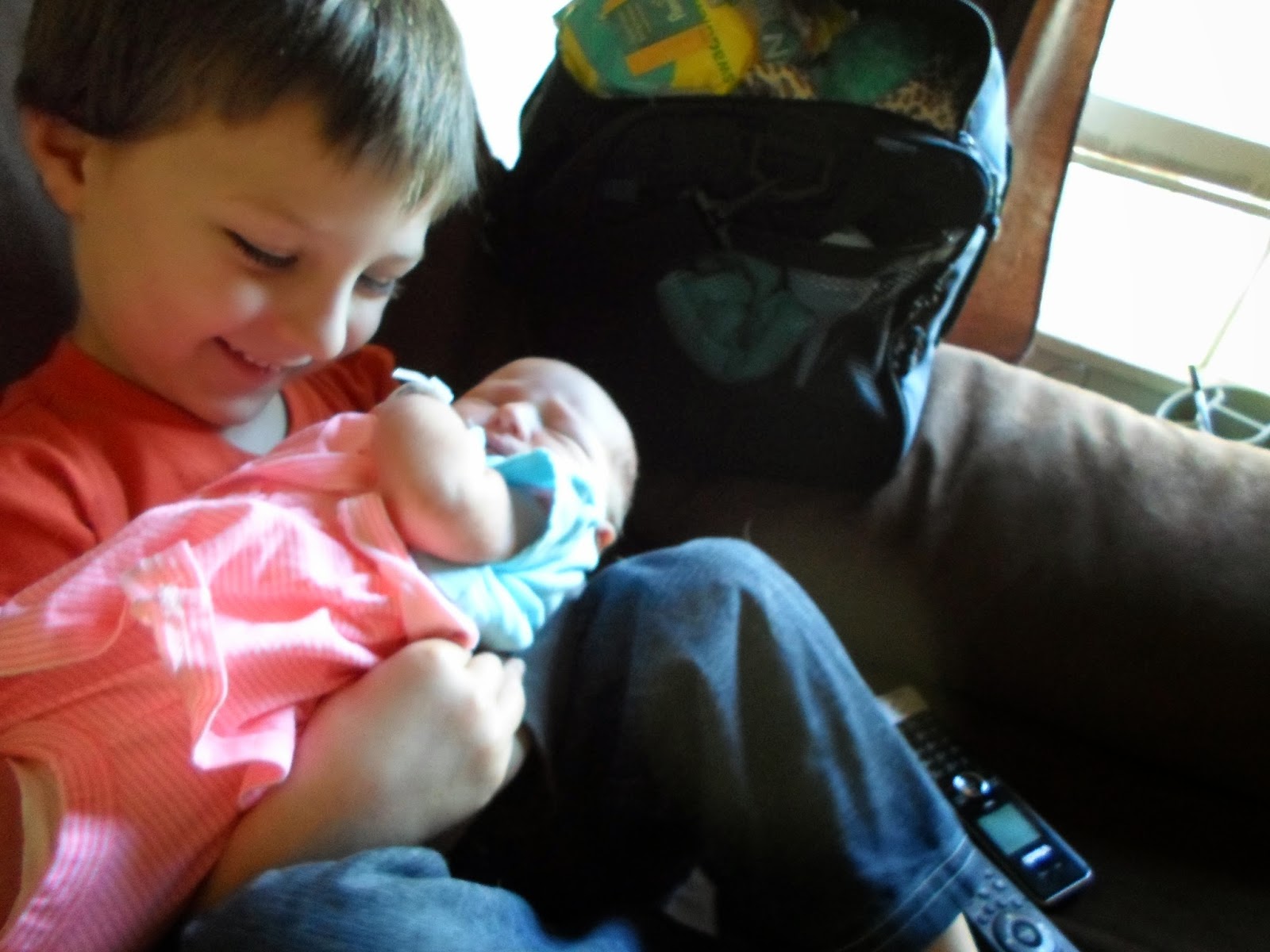 This was him holding her for the very first time. The joy on his face is wonderful to see.
The other pic here is our first walk out together. We took the stroller mostly because I was still pretty sore but I still baby wore most of it. 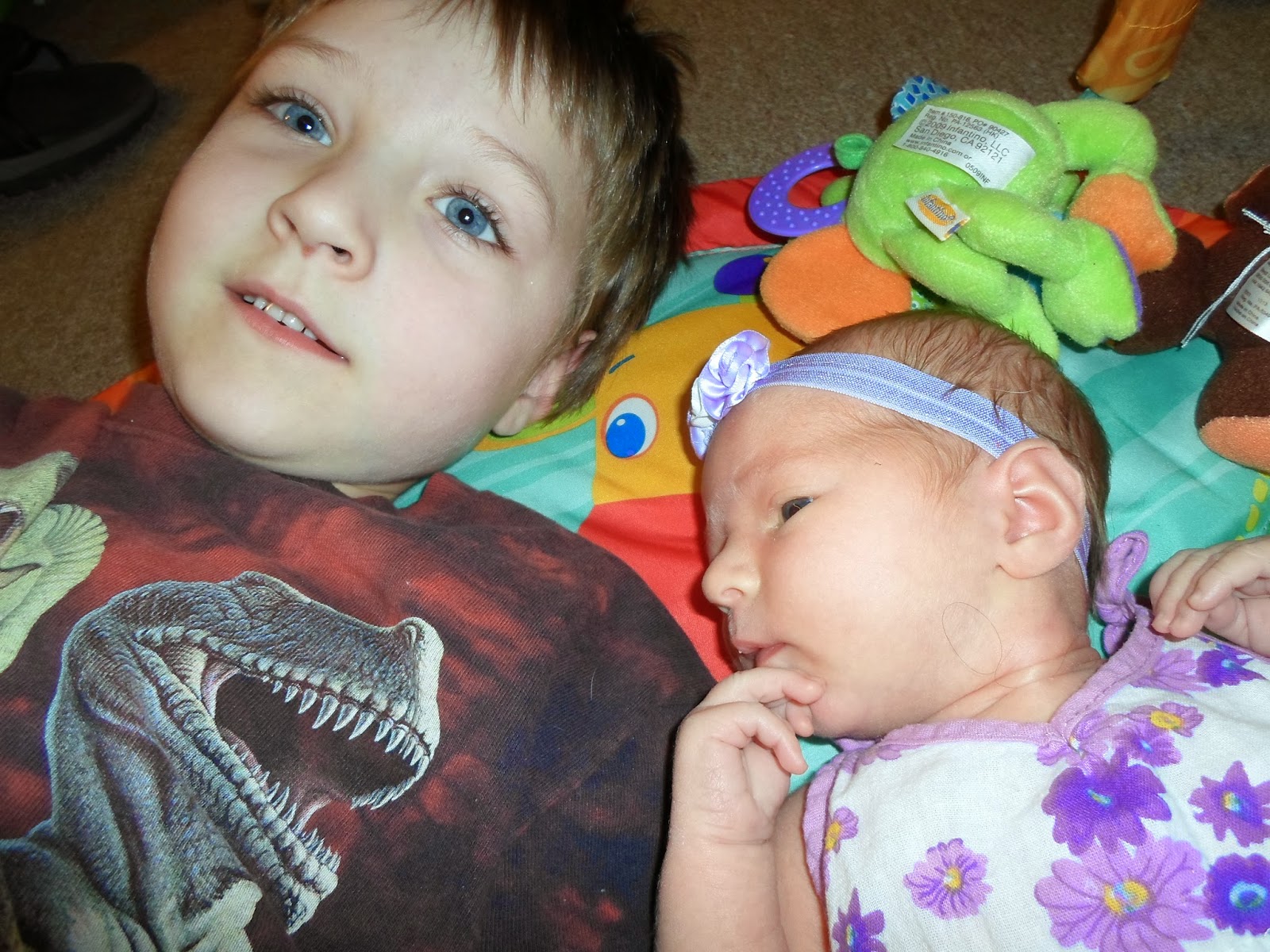 This picture I took today. It is my favorite of the two of them so far. I love that she is staring at him with as much love in this one (or at least curiosity) as he has for her. I know these two will be close their whole lives. My beautiful kids.