I have begun to realize that in this world there are two types of parents, and no it's not crunchy vs silky, or attachment vs ferber, or even breastfed vs formula. The two types of parents are actually much simpler than that, there are what I call "the researchers" and then there is what I call "the deniers". Now I have realized in my lifetime that you can use this same viewpoint of researchers and deniers when looking at politics, world issues, science, religion pretty much anything, but today I will look at it as a parent. 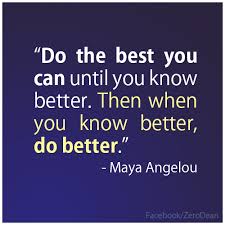 "Researchers" always want to know their facts. They may not come to the same conclusion as each other (ie breast is best vs formula is best) but they will know their facts. They always always strive to do better, with each new child they learned what was the best thing they could do at the time. Do you have any clue how many times in my 4 yrs as a parent I have said "Really? I never knew that!" then turned to parenting websites and books and other moms to know if I was indeed doing something I could change for the better. (ie turning his car seat front facing too early. We originally turned him at 12 months and then a few months later after learning they had changed the recommended age to 2, we turned him back and rear faced until around 26 months.) Researchers are like my friend "L", who formula fed her first, used disposable diapers, and had him sleep in a crib. She did a lot of research in the years before she had her second child, and when they finally did have another she breastfed, cloth diapered and co slept. She breastfed for over 2 years. Now I am not saying all people who do research end up making those same choices, but often they do. Leading research says breast is best, co sleeping helps prevent SIDS and helps regulate brain and organ function in infants, and cloth diapering.. well that's just smart on your pocket book as well as your baby's butt. Still though despite the outcome, the process is the same, the eagerness to learn more, do more, change for the better is there. A "researcher" is never afraid to say.. "woops I didn't know.. I can do better now." When two "researchers" differ in opinion they usually each bring their facts to the table. One big example of this is vaccines. There has been a lot of proof on both sides of the issue and nothing clinching on either end (in my opinion anyway). However two "researchers", one for vaccines and one against will be able to have a debate with all their facts straight and each present a logical argument.

"Deniers" however do not ever admit they could have done better. They stubbornly did their heels in and say "well it worked for me, my kids are fine". I have always found this argument ludicrous. Just because you child hasn't died or become seriously ill by what you do as a parent does not mean they are safe or even healthy. I have heard mothers use this argument for smoking and drinking while pregnant. "I did it my whole pregnancy and my kids are just fine!" Are they??? Are they really? I have asthma and chronic bronchitis, and allergies because my mother smoked like a chimney around me as a child. Even better is the "my mom did it" argument or even better the "my sister's friend's cousin did it". Instead of basing their arguments on empirical data and research they base it on hearsay, something not even admissible in courts. I hear this argument a ton when discussing circumcision. "My aunt's cousin's friend's son had to have it done later in life from horrible infections. So I will always circumcise". The hard truth is your son has a higher chance of dying right there on the table during his circumcision than he does of ever "needing" one done. Over 100 baby boys die every year due to circumcision. Alas I digress, I am not here to talk about circumcision, but this is just another example of when parents are "deniers". Deniers will stick to their guns no matter what information is presented to them. They just don't hear it. It is as if they wear information shields. This is a common conversation with deniers. "Did you know that putting your car seat on the top of a shopping cart can be deadly?" "Hey my mom did it with me and I turned out fine I don't care what you say!" Then you just pray they don't have to find out the hard way when their baby falls off the cart. "Did you know smoking around children is really bad for them, even third hand smoke which lingers in your hair and clothes?" "I smoked with all of my kids and none of the older ones have ever had any issues, they are fine!" For me this is a hard one to walk away from because I usually am popping bennydryll and hacking my lungs out, and it kills me to know their are mother's still doing this. My mom smoked around us in the 80's and early 90's, it's now almost 2014. We know better.. we should be doing better.
So I guess my question is which are you? Do you base your parenting on what worked for your Grandma or what leading research and your inner mommy instincts say is best? Do you think about your actions when someone offers helpful advice or do you shoot them down, stick to your guns and keep on doing what you are doing? Are you a "researcher" or a "denier"?
Posted by Green Mommy at 8:05 AM