Yesterday I read an article about a study which showed a 97% chance of telling the sex of your baby by 6 weeks. After reading it I compared Asya's ultrasounds (which the last one we had done she was 10 weeks) and Aleks' from 8 weeks and according to the study I now have pretty good proof that Asya would have been a girl, which we all knew in our hearts to be true. I thought that it would make me sad but it didn't. Yesterday was the 7 week anniversary of her birth. I finally went back and did the math. 7 weeks. If she had been born alive (well it would have been a miracle and impossible but had she) she would be 7 weeks old now. Had she not died within me we would be 22 weeks now (well almost.. 21 and a half). As spring comes though and the warm days run together and I watch our garden thrive, and most of all her roses thrive, I feel oddly ok. I think about all the things I would have taught my daughter, would she have had my eyes, would she have a stubborn temper like me, would she have her father's musical ability? Would she and her brother look just alike? Last night Hubby told me he decided to scrap the names River and Rory. We had actually chosen the name Asya Rose partly because we had wanted to use those names again. Asya would have been River Anne had she lived, somehow though I agree... Asya Rose was never really a River. So we have decided to not name any future child we have River or Rory. My response to that was not as disappointed as I thought I would have been. Especially now ( and I pointed this out last night), that we have had two children with A R names, Aleksandr Robert and Asya Rose. We also have had two children who ended up with VERY Russian first names. I would be ok with another A R name and a Russian one at that. Though really naming babies and even thinking about future babies is still a ways off. For now I am going to live my life being the best Mommy I can be to Aleks and in honor of Asya.
If I could talk to her, say a few things to her it would be this. "I love you so much sweet angel baby. You were not a miscarriage, or a fetus, or a mistake that we should erase or get over and then try again. You will not be forgotten and when we finally add a brother or sister to our family they too will know your name. You were our baby and you died, you are lost but not forgotten. Your brother loved you more than you could know and still loves you. We all wish you could have stayed here with us but we will see you someday and we love you." 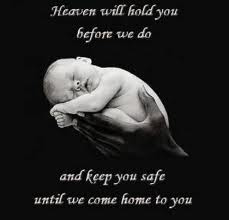 Email ThisBlogThis!Share to TwitterShare to FacebookShare to Pinterest
Labels: after loss, death, miscarriage