Somewhere Over The Rainbow......

This has been a very odd year weather wise... between our very very warm winter, lack of snowfall, 80 degree March, snow in mid May, and a drought all summer.. the signs of climate change are evident everywhere. That was never as evident as it was this Tuesday though. Around 3 PM the skies started to darken quickly. The weather had called for a chance of thunderstorms so it did not seem strange. I went outside to see if it had started raining yet and what I saw made my skin crawl. I was seeing a jet black cloud moving towards me across the sky faster than any wind or storm I had ever seen. The air was heavy and hot... still .. nothing was moving except that cloud. I had never seen a tornado but I knew the signs. This was a tornado... and it was headed right towards us. The meteorologic report is now saying it was a large micro-burst... but whatever it was.. it behaved like a tornado. It was on us so fast that we barely had time to react. I called Hubby out to see it and after the first of the rain began to fall, he pulled me inside. No sooner had we closed the door, the power went out. As hubby lit candles and we gathered Bug into the livingroom with us, I realized our pool, our slide, our garbage and recycling cans, and our patio furniture was flying across our lawn and into the street. So I grabbed a raincoat and ran like heck amidst the lightening and high winds and whipping rain, to retrieve things before they caused an accident. Our road was flooded and cars were more floating down it than driving down it. We finally got a hold of our next door neighbors and they came over to wait it out with us. She was getting texts from her husband saying things that were hard to hear. Most of downtown had been destroyed in one way or another. As reports came in... we realized that yes what we had seen was a tornado like storm. We began surveying the damage when the rain stopped... while we waited for power to return. The police stopped us while we were going for a walk to see the damage to downtown and told us to return home because our town was under a State of Emergency. The power eventually came back on for us and by 11 PM we even had internet back, but many others were still without power for most of the next day. All in all it was one of the scariest things to happen. It happened so fast.. in the blink of an eye our town was almost destroyed. Here are some of the pictures. 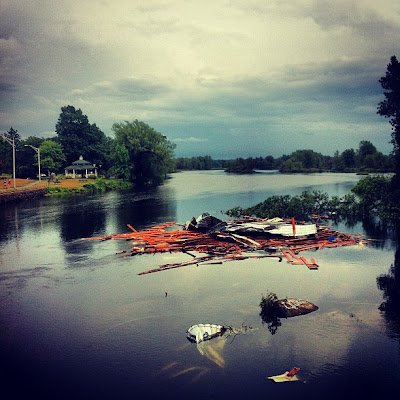 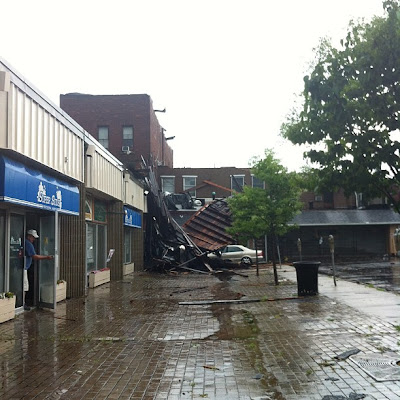 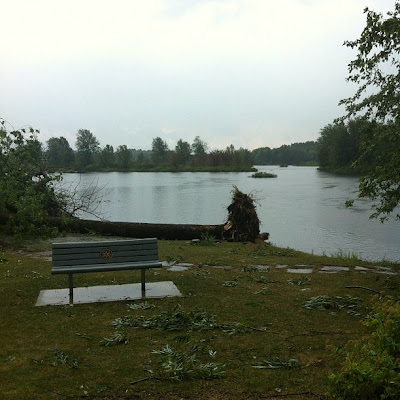 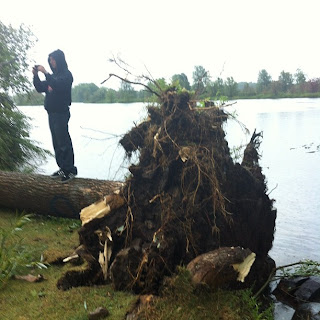 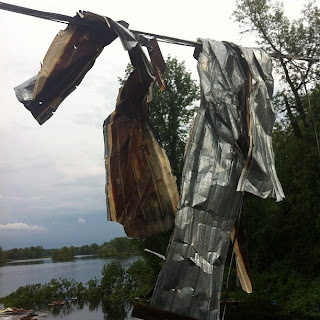 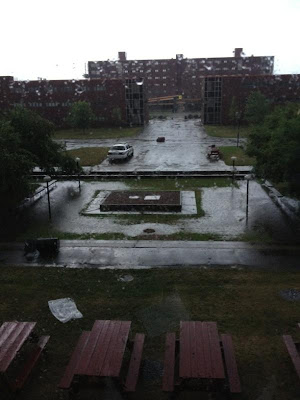 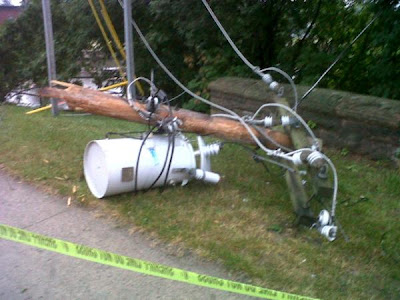 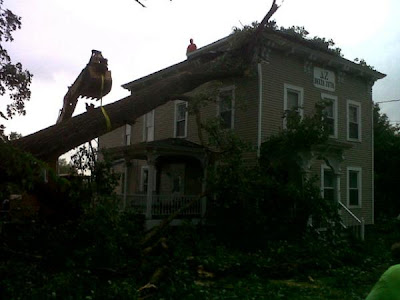 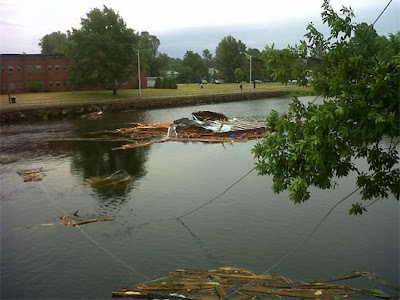 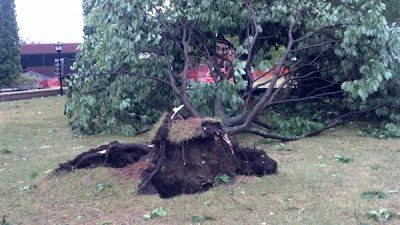 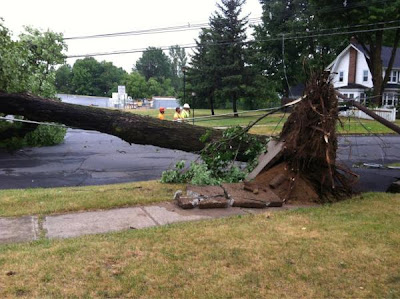