So it is that time of year again. With both me and Bug's birthdays in September, and Hubby and my anniversary in August, as well as us returning to work in the end of August this is a busy time of year. This year will be hopefully a little less busy since we decided to bump Bug's birthday party up by a month. This way I am not starting my new job at the same time as finishing throwing his 3rd birthday together. One thing I have learned in the last 2 years was that I can throw together a on all accounts pretty amazing birthday party on a tiny tiny budget.
His first birthday was Dinosaur themed and with not much money at all, but with a lot of work and some help he had a great birthday. I hand painted a sign for him and created a cool dino centerpiece. 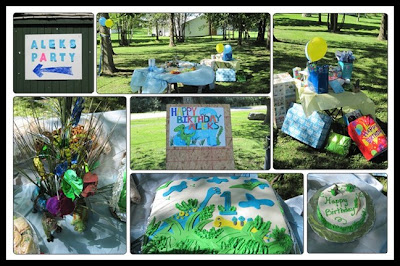 His second birthday was Under the Sea themed. I and my friend Nikki hand made everything for it, from crocheting sea creatures to the sea themed cake and food. 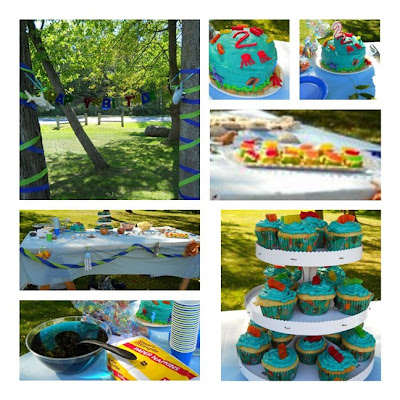 Now for his third birthday he has selected a Rainbow themed party. so far I have created many things for it. I made a cloud pinata that will have a rainbow of ribbons coming out of the bottom. It isn't finished yet but here is what I have so far. 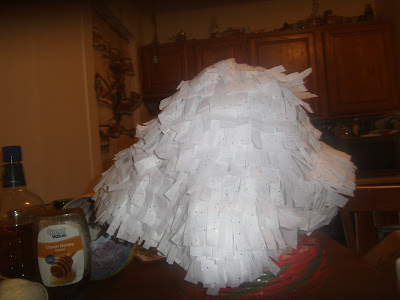 I also made him four hot air baloons. Here are two of them. 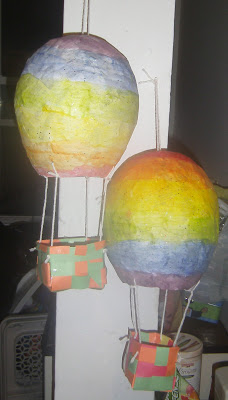 Here is the centerpiece I made him. 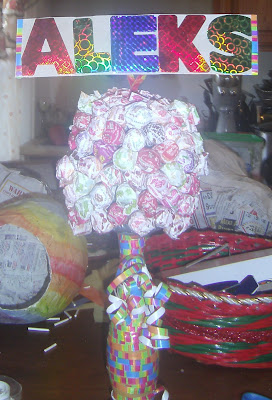 Overall so far this year I have spent less than 10$ of decorations for his party. I love DIY parties. It is amazing what you can do if you put your mind to it.

Edit: Here is the finished pinata.