So this year was the 3rd Annual Garbage Walk. We had to postpone it from Earth Day because Mother Nature decided that Earth Day weekend was going to be a good time for a whole lot of rain and some snow. So originally I had postponed it to today May 1st, but a weather report that predicted sunshine yesterday and rain today gave me enough advanced warning to switch days to yesterday. So this year we were joined by my good friend Liz H and her daughter Eleanor. So Bug, me and our two guests set out with 3 30 gallon trash bags, some hand sanitizer, waters, and the stroller. After a quick fight over who got to be in the stroller (which resulted in both of them sitting in it) we were off. All in all it was quite nice. Surprisingly there seemed to be much less garbage around town and the park, however it was garbage city in the area around my house and the vacant lot. Mostly because people coming home from the bars will toss there food and trash into those peoples yards thinking they should clean it up. I am thinking maybe next year we should walk the opposite way, though the park is a nice end to the day. The biggest surprise was coming home and finding more trash in the places we had already cleaned up. We ended the day with ice cream cones at Stewarts. A nice Northern NY treat. 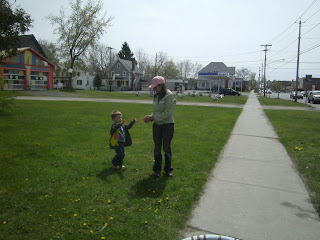 Bug and Liz cleaning up the town. 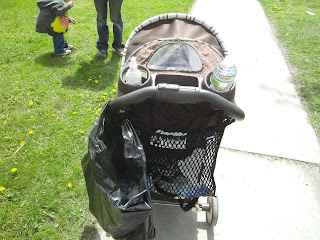 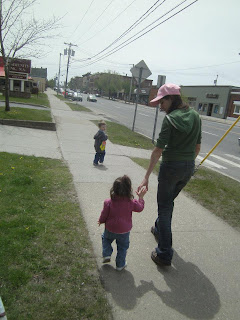 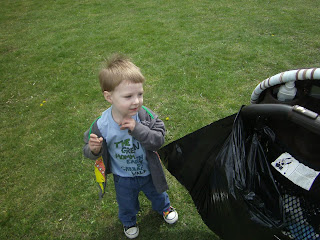 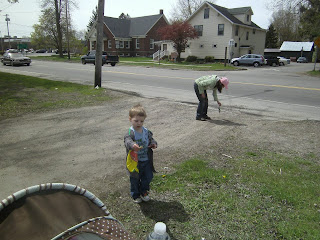 It's a dirty job but someone has to do it. 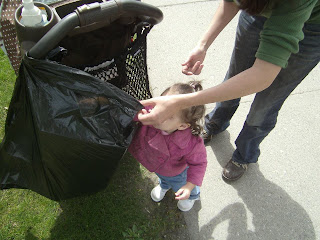 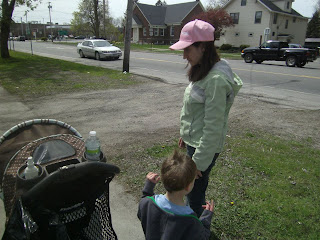 I found a piece of trash 'thiiis big'. 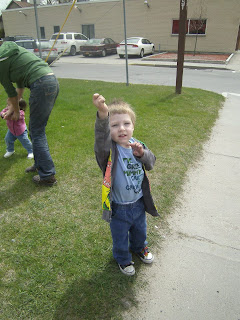 I got some trash! 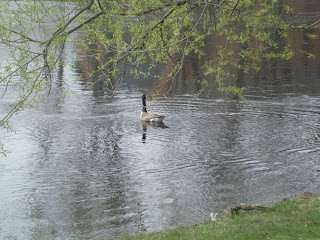 We even got to watch some geese swimming in the park. 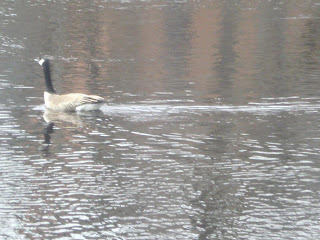 Next year I really am hoping to get more people involved and maybe do a press release on it. The more the merrier.
Posted by Green Mommy at 6:15 PM