A Broken System: The Cost of C-Sections 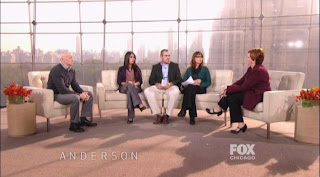 We were sitting down relaxing the TV was on and Anderson Cooper was on the screen. His topic of the evening was women addicted to prescription drugs. While the subject matter was valid I felt the particular case he brought to light was a much bigger subject than what he seemed to view it as. To Cooper (who I will state right here and now... I adore and respect) she was just a drug addicted mother and wife trying to hide her addiction and hurting those around her. Which that in itself is bad enough but that was not the whole story at least not to me... and not to thousands of other women around the country. I heard what she was addicted to OXYCODONE and immediately listened for one word one word that would explain so much...... C-SECTION.
The woman in question had been talked into a c-section by her doctors, told it was the ONLY option and then afterwards given an oxycodone drip that she had a push button to control her own meds. Not only that but then like all post op c-section Moms, she was sent home with a bottle full of pills. According to Cooper's statistics he said a surprising amount of women are addicted to prescription drugs. I will almost guarantee that at least half are post op c-section Moms addicted to oxycodone.
We live in a broke system. The business of being born in this country has become insane. According to an article (http://www.childbirthconnection.org/article.asp?ck=10554) there has been a giant rise in the amount of c-section births most of which were first time mothers and a plummet in the amount of VBACs (vaginal birth after c-section) done nation wide. They estimate c-section rates at nearly 35% of all births in this country as of 2009. The VBAC rate is only around 9% and the amount of c-sections done to first time mothers is at 20%. Astounding!
So why is this a broke system. 1. Doctors make more money off a c-section. 2. They can keep you in the hospital longer ensuring more money for the hospital as well. 3. Not performing VBACS takes the risk off their shoulders and 4. in getting a mother to make the decision herself or declaring it an emergency is easier than taking the blame if something goes wrong and lastly 5. the first sign of trouble and the doctors throw in the towel and grab a scalpel. The worst part is that is all just the issues that are in the c-section itself but the even bigger issue is what comes next. You are pumped literally pumped full of morphine, oxycodone, and prescription strength motrin. Often at higher doses than would be given a victim of a car accident or major ailment. You are given levels of these drugs designed almost to get you addicted.. and it doesn't take long. So why do I hate this system of being born? Why do I cry when I hear stories like what happened to this poor woman and the damage it caused her family. Yes she could have gotten help or stopped.. but sometimes you don't have the strength. I did but it wasn't easy. Here is what happened to me. 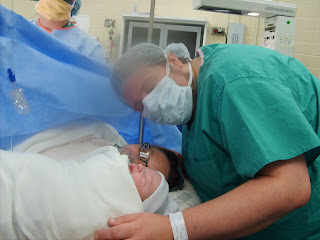 In 2009 we conceived our son. He was born late that year in the end of September. At 40 weeks he was estimated to be 11 lbs. My midwife until then had been supporting my wishes for an all natural childbirth which originally I had wanted a water birth but found out our hospital could no longer do those, so I had plans to carry out my labor in a tub and give birth in a squatting position in a birthing room. The day my last ultrasound showed a larger than normal baby I was told it was in my best interests as a first time Mom as well as my sons to choose a c-section. I talked it over with my husband but I knew the decision was out of my hands.. I knew if I chose to try and give birth naturally they would be itching to pull out the scalpel anyway. I knew he would most likely be born c-section anyway and this way it was my choice not theirs. They told me if I chose natural there was a large chance of dislocating his shoulders. I was terrified. This was not what I had wanted. I had until that day not had so much as a mole removed or stitches let alone major surgery. I had never had a cavity or a broken bone. My body was pristine... an unscarred uncarved blank slate. I was now being told for the sake of my son I should let a doctor for the first time ever slice into my flesh, open me up pull my major organs out, possibly let me bleed out on the table and pull my son out of me and hopefully put everything back inside me right and hope I don't die.
So I chose my son. I was lead to believe that no woman could deliver such a huge baby as a first child. I believed them and was put into the OR first thing the next morning and my son was born. I was then brougt upstairs where for the next 2 days I was given a morphine IV drip and 2 oxycodone every 4 hrs and 1 prescription motrin every 6 hours. After two days I was taken off the morphine but was kept on the rest. At the end of the week I was sent home with enough oxycodon to easily lead to a massive addiction. The only warning I was given was to ease myself off the pills. However I was breastfeeding and wanted to be rid of these drugs as quickly as possible since they were going into my son as well as me. So a mere 2-3 days after being sent home I cut myself off. For 2 days I was almost suicidally depressed. I thought I was going through postpartum depression. I was shaking, cold, hot, I threw up, I cried and cried. I felt like I had the flu. Finally on the second day I was at the worst of it. My husband came home to me sitting on the couch cradling the baby and rocking back and forth hair greasy and matted, sweat dripping from my face, sobbing into our nb son. I confessed I thought I had an infection from the c-section and was dying and that I also had postpartum depression and needed help. My husband thought it unlikely that I had both a massive infection and postpartum depression so he asked me to describe my symptoms. When I did he told me “You are going through withdrawal, hunny. For all intents and purposes you are going through what a heroin addict goes through but to a lesser degree”. I was shocked! How could my doctors have let this happen to me? I wondered, how many other women realize it's the drugs and stay on them to make that feeling go away? How many women, like that poor woman on Anderson cooper's show... need help or are hopelessly addicted because their doctors convinced them that their own bodies were incapable of something the were designed to do and then gave them dangerous drugs to ease the pain? Apparently the answer is 35%. It is a dangerous game these doctors are playing and I truly believe that until things change their will be a lot more stories like that one, and like mine. These stories must be told to help turn the tide and prevent this misuse of the health care system. People have wondered why the rise in home births. It is because being born shouldn't be ruled by commercialism and commerce. Being born should be wonderful and most of all safe... and most women do not feel that doctors today have their safety at heart.
Posted by Green Mommy at 4:46 AM